GaN technology is disruptive, in the best sense of the word, making possible what was once thought to be impossible – eGaN® technology is 10 times faster, significantly smaller, and with higher performance at costs comparable to silicon-based MOSFETs. The inevitability of GaN displacing the aging power MOSFET is becoming clearer with domination of most existing applications and enabling new ones.

This posting highlights the contribution GaN technology is making to several automobile applications – the increasingly complex infotainment system, all important safety systems, and the emergence of electrically powered vehicles. 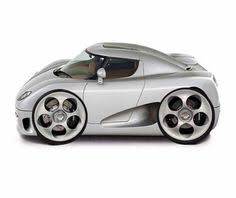 Automotive Applications: Introduction and Overview
The automotive industry understands the trend to have the interior of the car a “living space,” and has begun to show its vision of the future for the fully mobile lifestyle. The dashboard is being taken over by the smartphone, while sensors and computers are being added to increase its safety. Moving toward a longer-term goal, our vehicles are on a path to become fully electric, reducing our use of fossil fuel needed to power them.

There are a few things in common with these trends. They all involve batteries, a greater reliance on sensors, and they all rely on wireless communications. As a result, there is growing pressure for faster sensors, more wireless bandwidth, and anything that will help us “un-tether” from the relentless recharging of our phones and other electronic devices, including one day, our cars. Let’s take a closer look.

Infotainment: Smartphone and Wireless Power Throughout the Cabin
Mobility has become a major theme for the consumer. Smart phones allow us to take our music, games, movies, television shows, contacts, and “the internet” with us at all times…even in our automobiles! Applications such as Google Maps give us directions, tell us about traffic conditions, and provide us with street and satellite images of our destination. We want our vehicle to be completely in synch with our smartphones, tablets, laptops, and desktops. 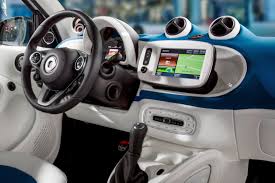 A rapidly emerging technology to enable the batteries in our electronic devices keep up with the demands added by the vehicle’s infotainment system is wireless power transfer. The latest techniques enable wireless charging of multiple objects without contact with the power transmission unit (PTU) with efficiencies similar to wired chargers.

Wireless phone charging in a car is becoming more critical as the smartphone itself is becoming the information receiver and router for the dashboard infotainment center. Several automotive manufacturers are adopting operating system standards that enable seamless Android or iOS interfaces to dashboards that become “slaves” to the information and entertainment available in the drivers and other occupants’ smartphones.

The Rezence® wireless power transmission standard developed by a consortium of electronics industry leaders such as Samsung, Qualcomm, Intel, and EPC is undergoing rapid adoption in mobile phone and tablet charging applications. To Implement this standard, several automotive manufacturers are developing embedded wireless charging stations in the center console of the vehicle so smartphones, as well as other mobile devices, can remain charged while the automobile is in operation, despite intense and continuous usage.

Given that the Rezence standard uses a 6.78 MHz standard frequency for power transmission, a stretch for the aging silicon power devices, GaN technology is the heavy favorite for adoption over the slower and less efficient silicon power MOSFET in both mobile and automotive applications.

Beyond using wireless power transfer technology to charge devices, some visionary designers in the automotive industry are exploring ways to use this technology to reduce or eliminate the wiring harnesses throughout the car thus reducing cost, weight, and fire hazards.

In addition to wireless charging becoming commonplace within the car’s cabin, it is becoming available to charge fully electric cars or plug-in hybrids. With a “charging mat” as the power transmitter, you will merely have to place the mat on the floor of your garage, park the car over the mat and off you go – no need to “connect the car to an outlet.”

Safety: Sensing and Autonomous Control
To ensure safety and prevent collisions, it is critical that a vehicle be aware of its surroundings at all times. The higher the speed of the vehicle, the more rapidly the “situational awareness” system needs to sense, and the more precisely it needs to interpret the distance to the potential hazard.

Although we anticipate broad adoption in automotive, initially LiDAR sensorswere used to generate three-dimensional digital topographical maps used for landscape mapping and navigation software by companies such as Google and Nokia NAVTEQ-Bing. Because LiDAR chases the speed of light for improving resolution, eGaN® power transistors, with about a 10 times advantage in switching speed over silicon MOSFETs have been used almost exclusively in these mobile applications.

The imaging speed and depth resolution has become so good using eGaN® FETs that manufacturers experimenting with autonomous vehicles are using similar LiDAR sensors for driverless navigation systems. In addition, several automakers are incorporating eGaN® FET-based LiDAR sensors in their vehicles for general collision avoidance and blind spot detection. LiDAR has a very exciting future, since it is the detection and guidance system being used for “driverless cars.”

Electric Drive: Automotive Freedom From Fossil Fuels
The inevitable evolution – from an internal combustion engine, to hybrid vehicles, plug-in hybrids, and, finally, to fully electrically powered cars – is potentially a very large market for GaN technology. The demand for electrical power grows in proportion to the amount of propulsion handled by the electric motor; for example, the Tesla S delivers 416 hp, or 310 kW of electrical power to the rear wheels. Delivering more power to propel a vehicle requires higher voltages in order to keep the current levels flowing through the motor windings with minimum conduction losses. Today the dominant transistor in electric or hybrid vehicle propulsion systems is the insulated gate bipolar transistor (IGBT) in voltages ranging from 500 V to 1200 V.

However, wide bandgap (WBG) transistors made using either silicon carbide (SiC) or GaN technology hold great promise for this high power application, since they have higher efficiency at lower switching frequencies and possess the ability to operate at much higher temperatures.

The requirements for electric motor drives sit at the interface between GaN, SiC and IGBT technologies. Ultimately, the cost and reliability of the electric drive system will determine the winner for this application, but for now, it is too soon to call.

Summary: GaN Technology for the Connected Car
In 2013 there were 65 million cars manufactured worldwide. This presents a huge potential market for any technology that can improve the customers’ automotive experience. Infotainment mobility through wireless charging and autonomous vehicles, enabled by LiDAR sensors, are two areas that will emerge within the automotive world over the next few years. Both of these applications rely on the higher speed and low cost of GaN transistors.

In the future, as electric vehicles gain acceptance and become more ubiquitous, motor controls for the powertrain has the potential to become an enormous market for GaN transistors. The issue among the competing technologies – GaN, SiC and IGBT – will be the cost.

The automotive industry is undergoing a technological disruption and is taking advantage of high performance gallium nitride technology. GaN devices are appearing in an ever-increasing number of systems, with the future looking even more promising, as discussed above several areas are clearly emerging:

Gallium nitride is displacing silicon as the fundamental material used for power conversion with the promise to displace silicon not just in power transistors, but in analog and digital integrated circuits as well. EPC is pursuing this $350B combined power transistor, analog and digital IC semiconductor market, and the reason is simple – GaN technology is faster, smaller, and now, price competitive with MOSFETs.